ONE MAN’S JAZZ RADIO SPINS ROCCO JOHN – along with other great artists.

LISTEN HERE to ROCCO JOHN’s Evolutions from his UNSEEN RAIN release PEACE AND LOVE  on ONE MAN’S JAZZ RADIO. 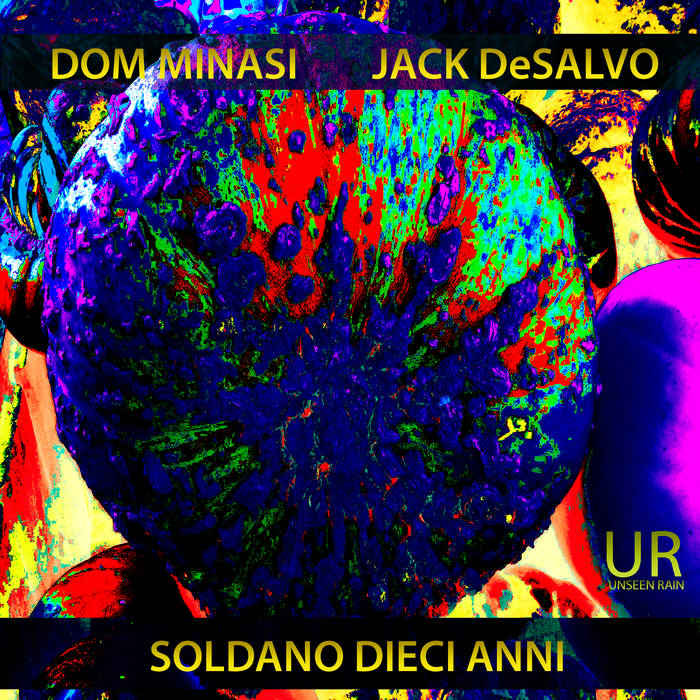 Dom Minasi Jack De Salvo – SOLDANI DIECI ANNI:  Something I didn’t know – Dom and Jack had never recorded together before this splendid improvised guitar session was captured in November of 2015, and released in 2016.  Due to “senior moments” on my part and a failure to enter it into my database properly, it’s languished for awhile… but, don’t let that deter you from exploring with these fine improvisors… as you listen to the excellent opener, “The Bee and the Fly“, you’ll be improvising right along with them (in your head), filling in the spaces between the flowers that the insects are traversing, lol.  There are moments where I’m reminded (most strongly) of another improving guitarist friend of mine, Davey Williams, on the short (3:03) track titled “The Indelible Decibel“… the high-flight “runs” from both Dom and Jack will hold your attention, as you (sonically) gaze in awe!  My personal favorite of the eight improvisations offered up, though, is the 8:37 “Blues for T.M.“… it’s very clear these two giants in the improv world had a blast playing this, and their talent just shines right on through, with some of the heaviest blues licks you’ve EVER heard in an improvised guitar walk.  I give Dom & Jack a MOST HIGHLY RECOMMENDED, with an “EQ” (energy quotient) rating of 4.99 for this superbly crafted album.  Get more information at the BANDCAMP page for this album (& be sure to tell them you read about them here when you purchase the release, of course).   – Rotcod Zzaj